Make an Impression with Music

The Metro Brass Quintet started in the spring of 2014 with all of the members seen below, and has had some other fine musicians sit in for performances and rehearsal. The regular membership currently includes: 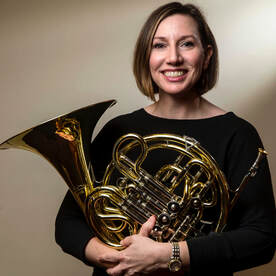 Cristina Deeds has been living in Des Moines since 2001. She is a a graduate of Luther College in Decorah, IA and studied under Ronald Fox. Cristina is the Director of Instrumental Music and Brass Instructor at Grand View University in Des Moines, IA and maintains a private Horn studio. She previously taught Instrumental Music in Missouri and Iowa to students in grades 5-12. When she is not teaching, you can see Cristina performing regularly with the Central Iowa Wind Ensemble, Des Moines Metro Concert Band, Des Moines Community Orchestra, Metro Brass Quintet, and Timberline Brass. Cristina is also a busy freelance artist, performing with several Des Moines area colleges, high schools, churches, and other organizations such as the Des Moines Symphony, Des Moines Gay Men’s Chorus, and The Opera Project. Outside of her professional life, Cristina and her husband enjoy good food, walking the dogs, and follow their teenaged children around to their musical performances. 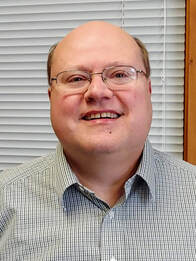 ​John Kendeigh has been a part of the Des Moines music scene for the past 40 years.  He grew up in the northwestern suburbs of Chicago & moved to Des Moines in 1981 to attend Drake University.  John performs regularly with the CJC Big Band and Music Under the Stars and has performed with such artists as Frankie Valli and the Four Seasons, the Jack Morgan Orchestra, the Guy Lombardo Orchestra and Johnny Mathis.  John also serves as Secretary-Treasurer for the Des Moines Musicians’ Association.
Outside of music, John is a Senior Manager and CPA for Tarbell & Co. P.L.C. in West Des Moines.  He also serves on the board of the Des Moines West Side Chamber of Commerce, serving that organization’s 2021 president.
When not working or performing, John enjoys fitness, reading, traveling and spending time with his family.  John has two adult children. 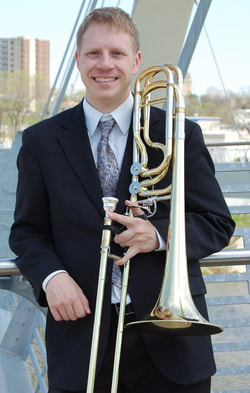 John Sens moved to Des Moines in 2013. Since then, John has grown into the Des Moines area music scene and is a regular in the area. John performed regularly in the CJC Big band and plays with the Des Moines Big Band, Des Moines Community Orchestra, Grand Avenue Ruckus, Music Under the Stars, and other groups when available. John moved to Story City, IA in the fall of 2020 and is beginning to play in the Ames area with groups like the Ames Municipal Band.

John also plays the button accordion on occasion for events including Lions Club meetings or small Oktoberfest. Long term, John is working to become a regular strolling accordionist for events.

Outside of music, John works in the Environmental, Health, and Safety division of Renewable Energy Group (REG) performing lifecycle analysis and regulatory work. When not working or performing, he loves a good book, a good or bad movie, The Flophouse, bubbly drinks, and spending time with his family. 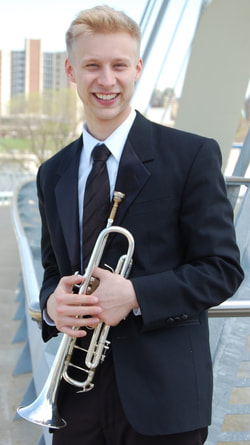 Ben McCartney is currently a senior at Drake University where he is earning his B.M. in Music Education. Ben has studied with Mr. Al Naylor at Coe College, Dr. James Bovinette at Iowa State University, and currently studies with Prof. Andrew Classen. Ben plays in Drake Jazz One, the Drake Orchestra, and Drake Wind Symphony, along with frequent performances with the Faculty Brass Quintet. Outside of academia, Ben plays with the Quad City show band “Identity Crisis” and has had the great pleasure of playing regularly with the one and only Karl King Band.

When not adding his high-octane trumpet playing to the quintet, Ben works on his short game and plays as much basketball as possible. 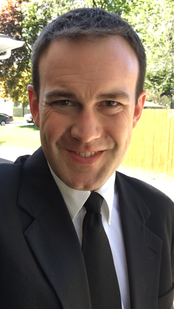 When not teaching or playing trombone, Bradley is an avid bicyclist, kayaker, traveler, and DIY home project enthusiast.